Follow the evolution of the Writer Knapsack (and even participate and help make decisions) as I create the face and materials of a new and different take on helping writers in this crazy world of publishing. Join me from the beginning and watch the website change as I work on sketches to a final logo, offer tips and tales toward final production, and develop an array of materials for those living the writing life...all to fill the pockets of your own writer knapsack.

Take a Peek in the Knapsack

As I said, I've had this idea of creating writing material percolating in the back of my mind for a while, even though Writer Knapsack was not the original title (but that's a story for another day), and as the ideas brewed, I knew I wanted some type of defining character to not only recognize as part of the brand, but to use in various ways throughout the different content, because, let's face it, writing is about characters.  What you do with them is your decision and part of your unique voice, but any story I can think of has a character, whether real, imaginary, human, animal, material, or other. [If anyone knows of a story without a character, let me know.  I fully believe that you learn something new every day.]

So, as promised, here are a few samples of the various characters I've sketched out here and there... 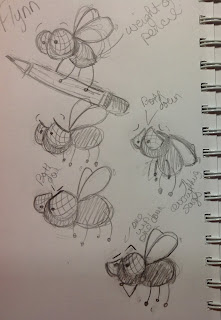 My authors will know why I'd consider a fly as a possible character LOL.  Let's just say it will definitely be fully explained to everyone else in the first volume of the first set of the Writer Knapsack series. 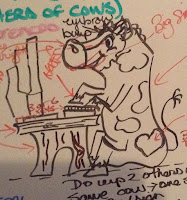 I've been collecting cows since my sister bought me a cow tea towel for my first apartment way back when.  Now, I have a herd and a half throughout my kitchen and office, so this type of character reflects some of me personally...I think cows are laid back, funny, and moooovelous! 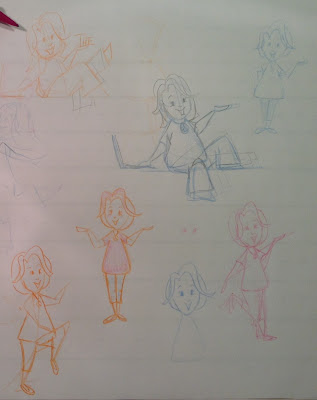 And then, of course, the traditional human character. 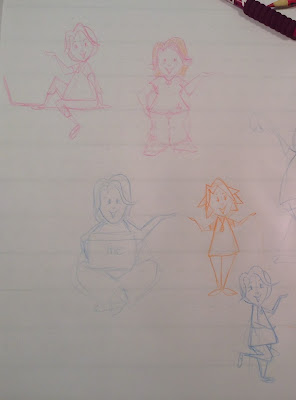 Okay, there might be a bit of me in there somewhere, like the peace pendant and thicker hips LOL.

Though I don't quite know which direction I am going yet with a design character (and that is where you will be able to help me a little later on), I do have a definite direction with the content.  I'll be working on the first volumes of these initial materials for the Writer Knapsack:


A) A writer guide series breaking down everything from mechanics to story structure
to grammar to synopsis and query letters.

B) Quite a fun and different take on procrastination--how to deal with those times
you fight yourself to get writing done.

C) A secret project dealing with writer relaxation that I am super excited about and am not sure how much I will reveal before the final project is almost done. (Hey, I have to keep some mystery for you to look forward to, right?)


Next Tuesday, I will be doing a special post for the Trans Canada Romance Writers' Christmas Blog Tour where I have a special giveaway planned.  My next regular blog after will be about a problem I've faced many times, and I'm pretty sure most every writer has, too. But it's probably not quite what you may be thinking as the post will focus on an aspect of the writing life.


Thanks for hanging out with me,
Stacy

Pull from the pockets